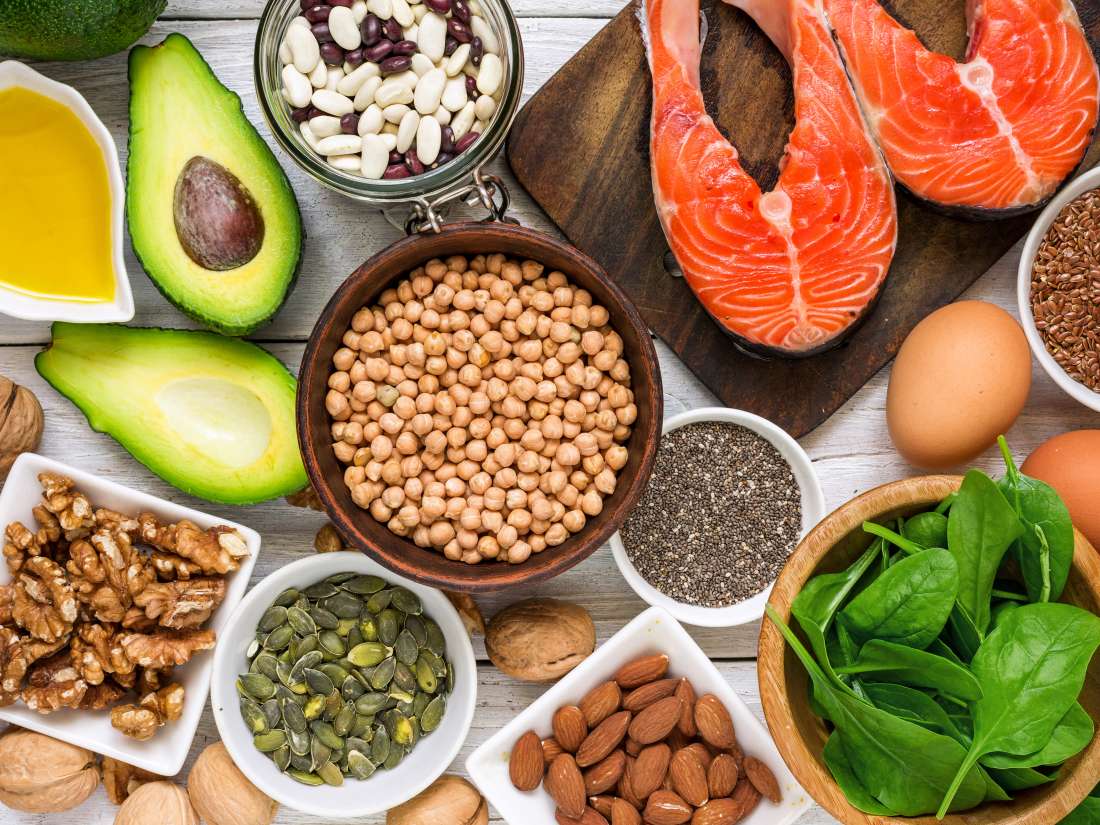 Maintaining a proper balance of dietary fats may decrease the levels of bone loss associated with post-menopausal osteoporosis, according to a recent study by scientists at Purdue University and the Indiana University School of Medicine. Estrogen deficiency, which is common in post-menopausal women, is a main contributor to bone loss. Research has found that diets with a low ratio of omega-6 fatty acids to omega-3 fatty acids can minimize this. Omega-6 fatty acids are typically found in foods such as grains and beef, while omega-3 fatty acids are found in foods such as walnuts and salmon. Several research studies have shown that omega-3 fatty acids help promote bone formation according to Bruce Watkins, professor and director of Purdues Center for Enhancing Foods to Protect Health. That research also indicates that higher intakes of omega-6 fatty acids lead to an increased production of compounds associated with bone loss.” The Journal of Nutritional Biochemistry discusses a current study that assesses bone mineral content and bone mineral density in female rats. These measurements are used as indicators of bone mass and bone strength, respectively. Half the rats in the study had their ovaries removed, which leads to a rapid drop in estrogen levels. This mimics menopause and is the standard model for studying compounds that alleviate osteoporosis, explains Mark Seifert, a professor of anatomy and cell biology at the Indiana University School of Medicine and the studys co-author. He also believes that studies like this will help researchers assess drugs or nutraceuticals that may reduce the bone loss that is induced by menopause, In the study, groups of these rats were fed diets containing different ratios of omega-6 to omega-3 polyunsaturated fatty acids. Although both types of fats are essential for human health, diets with a high ratio of omega-6 fatty acids to omega-3 fatty acids are often associated with cancer, cardiovascular disease, and inflammatory and autoimmune diseases. However, diets with a low ratio of omega-6 to omega-3 fatty acids are thought to promote cardiovascular health, improve memory and prevent bone loss. After 12 weeks, rats with the lowest ratio of omega-6 to omega-3 fatty acids in their diet experienced significantly less bone loss than rats with the higher ratio diets.

This is due to the reliance on high omega-6 grains like corn to feed livestock. Animals, such as cattle naturally feed on pasture grasses, which have a lower omega-6 to omega-3 ratio than grains like corn. The addition of omega-6 fatty acids in todays animal feed incorporate right into the animals tissues where they become part of the eggs, poultry, meats and pork served in households and restaurants across the country. The bone-protective effects of omega-3 fatty acids may be linked to their previously established role in minimizing inflammation in the body. Inflammation is caused by a number of compounds, including a class of molecules called cytokines. These compounds also stimulate bone breakdown, a natural part of a body process known as the bone cycle. Bones undergo a process called “remodeling,” where they are continuously broken down and rebuilt. Two types of cells called resorption cells and bone building cells contribute to this process. The bone resorption cells remove small portions of bone, while bone building cells which fill in the gaps. Estrogen blocks some of the inflammatory compounds associated with bone resorption, which may explain why osteoporosis typically progresses after estrogen levels fall with the onset of menopause. Previous studies have shown omega-3 fatty acids may reduce the production of these same inflammatory compounds, accounting for their bone-protective effect. Omega-3s change the behavior of cytokines in a way the same way they omega-3s in mitigate cardiovascular disease.