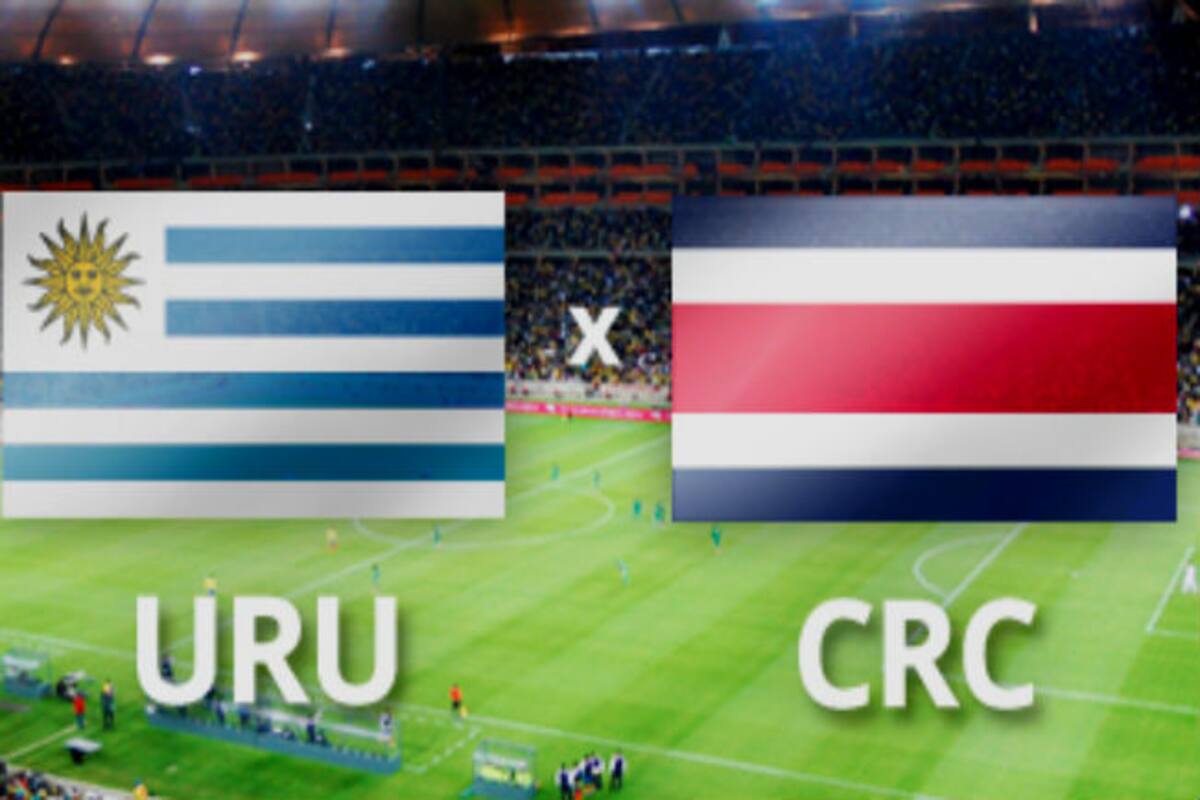 Costa Rica pulled off perhaps the first major upset at the 2014 World Cup by beating last edition’s semi-finalists Uruguay coming back from a goal down by scoring three second-half goals.

With Italy beating England late in the day, this group has now become very open as Costa Rica, who people thought would be the whipping boys of the group have certainly shown that they’re far from it.

The performance score shows how the fortunes of the two teams took a turn.

Cavani gave Uruguay the lead from the spot.

The South Americans came into the as the favorites but had a very poor game collectively-right from the goalkeeper to the strikers with the exception of maybe Edinson Cavani.

Suarez was left out on the bench as he continues his recovery from knee surgery.

They struggled right from the outset, finding it hard to break down Costa Rica’s 5 men defense and not being able to finish the few chances they were able to create, with Lugano’s goal being chalked off as offside and the usually lethal Cavani missing a golden opportunity as he volleyed wide from a deflected Forlan free-kick.

They then went onto take the lead from the spot after Lugano was brought down in the box by Junior Diaz during a Forlan free-kick.

Cavani made no mistake this time around as he dispatched the penalty beyond Keylor Navas.

From there, it was all downhill for the South Americans as they couldn’t cope with the Costa Ricans’ counter-attacks, specifically young Arsenal forward Joel Campbell who gave Lugano and Godín a run for their money.

Muslera was poor throughout the game as he could’ve certainly positioned himself better for the last two goals.

To make matters worse, the really poor Maxi Pereira was giving marching orders for a wild tackle on the impressive Campbell. 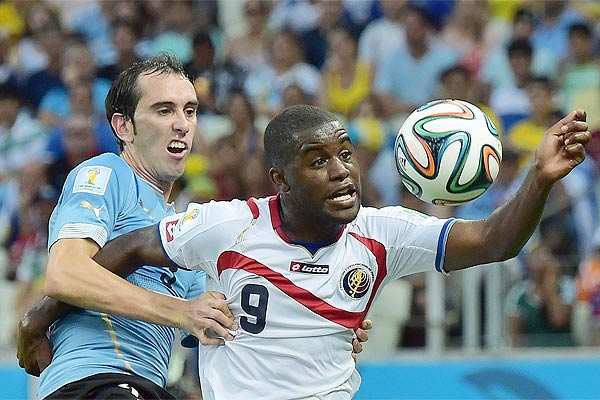 All in all, things look dire for the Uruguayans, as they face an uphill task from here on as they’ll need to beat possibly both Italy and England if they are to progress.

This might also prompt the return of Luis Suarez, whose presence was sorely missed upfront as Forlan looked a shadow of his former self.

Campbell, Urena, and Duarte were the heroes for Costa Rica as they overturned a one-goal deficit to shock Uruguay.

As I was Online betting on Inter at the time of writing this, the Costa Ricans have proved to me personally and everyone else, that they are not any pushovers as they put in impressive performances all around the field, especially their five men defensive line and young gunner Joel Campbell.

They started with a 5-4-1 formation and looked very organized at the back as Uruguay struggled to breach the defensive line.

Joel Campbell matched his defensive colleagues’ performances with a really impressive performance up the field as Lugano and Godín struggled to cope with his pace and trickery as he beat them with ease multiple times.

They didn’t get off to a great start as they conceded a penalty which was a bit harsh and Cavani dispatched it with ease.

They struggled to create anything of note in the first half except Campbell firing wide from distance.

After the first half, they played with real purpose, countering with blistering pace and urgency. 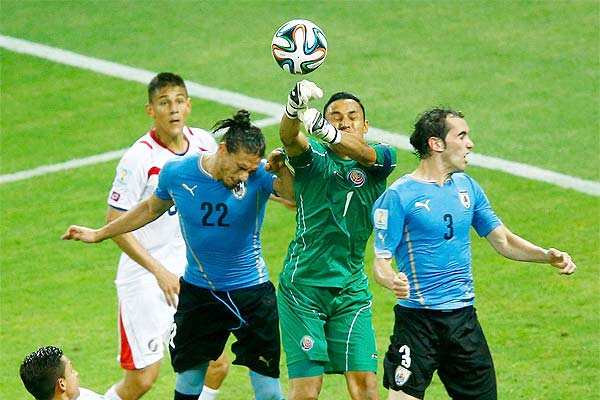 Campbell got the goal he deserved as he fired home a half volley after good work by Cristian Gamboa.

It wasn’t long before they took the lead as they struck again, with Óscar Duarte scoring at the back post from a fine Gamboa delivery.

From then on, they continued to dominate the game with Bryan Ruiz and Campbell coming close.

Cavani then drew a fine save from Navas at the other end meanwhile.

Any hope of a point for the Uruguayans vanished after substitute Marco Ureña scored from a tight angle beyond the onrushing Muslera after Joel Campbell freed him with a wonderful through ball.

The Costa Ricans will now look to pinch some points off Italy and England after their confident showing and will hope to progress to the knockout stages again since 1990.

Man of the Match:

This is a very close call, between Joel Campbell and Óscar Duarte.

The 21-year-old had a game to remember with a goal and an assist while the Club Brugge defender had a wonderful game, shutting down Cavani and Forlan and scoring the goal that gave them the lead.

But in my opinion, Campbell wins it, as he completely changed the complexion of the game, refusing to go down after they conceded and kept pushing and driving forward hungrily.

The fact that he’s just 21 and played his first World Cup match makes it even more impressive.